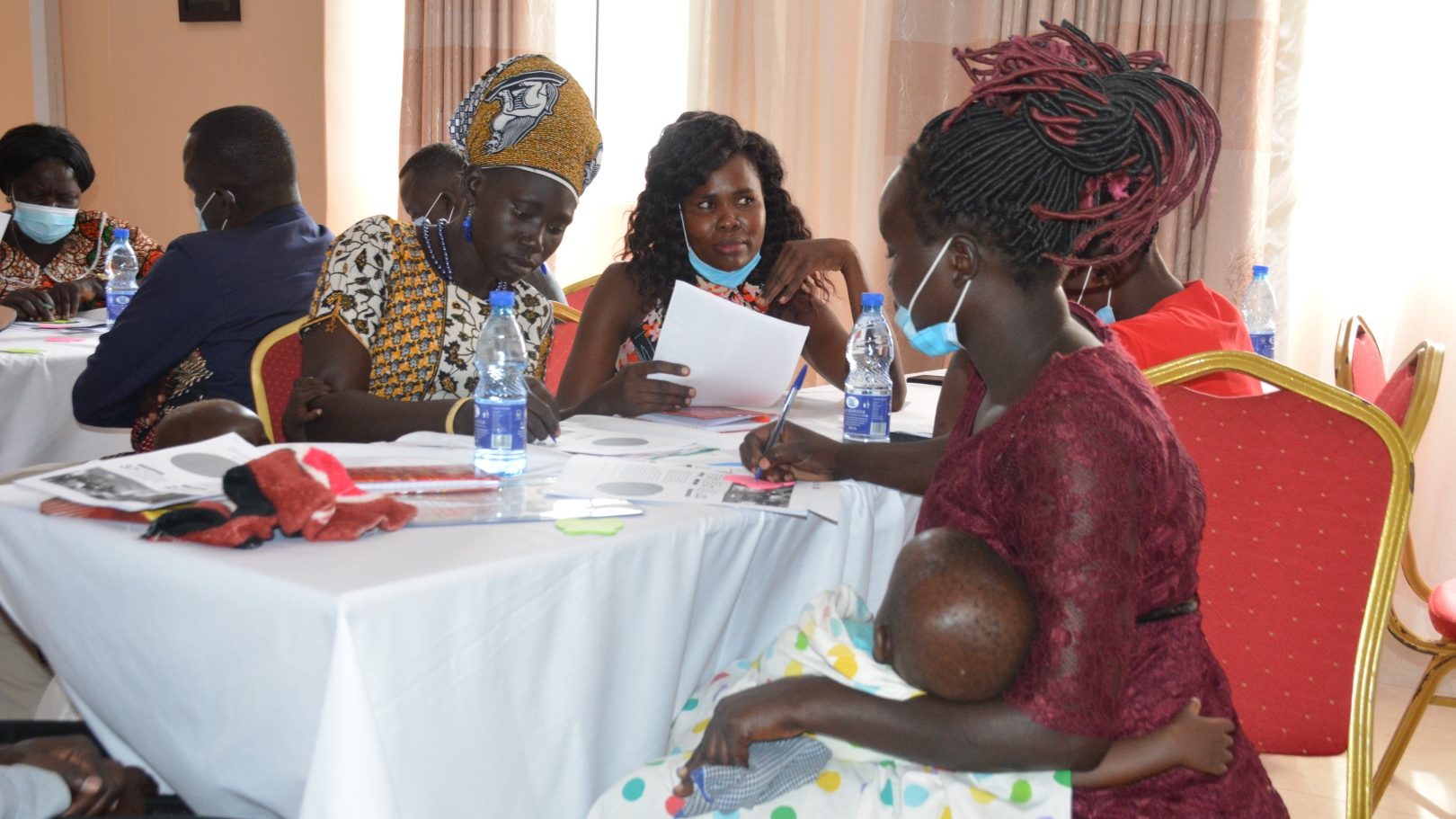 At U-Learn (Uganda Learning, Evidence, Accountability and Research Network), we believe that refugee response is most impactful when it maximises the use of quality evidence, and deeply integrates refugee voices and preferences. We support a wide range of refugee response actors, such as the Refugee Engagement Forum (REF) in Uganda, to continually improve by making use of high-quality learning, evidence and insights.

Innovation in advancing Accountability to Affected Populations (AAP) is critical for the successful implementation of the Comprehensive Refugee Response Framework (CRRF) – the global initiative which aims to increase support to refugees and the countries that host them. In this short blog, we outline the form and benefit of one particular innovation: the Refugee Engagement Forum.

As one of the first CRRF implementing countries, Uganda has become a pioneer in the meaningful engagement and involvement of a diverse refugee population. The first of its kind, the Refugee Engagement Forum (REF) has proven to be a successful model to systematically ensure that refugee voices are taken into account by the CRRF Steering Group, Uganda’s senior refugee response coordination and decision-making body led by the Government.

The REF is composed of 37 members elected from pre-existing refugee community leadership structures in Kampala and settlements (the Refugee Welfare Committees). Regular meetings are held to discuss key issues from each member’s community, and then two seats are available to the REF at the high-level quarterly Steering Group meeting.

The REF is supported in the fulfillment of its mandate by the REF Taskforce which assists with financial resourcing, organisation, and chairing of quarterly meetings. The Taskforce is co-chaired by UNHCR and the government Department of Refugees, ensuring a strong link with the formal response coordination structures.

A highlight of the REF composition is its promotion of a diverse representation of gender (50% women-50% men), youth (5 seats), and overall representation proportional to settlement population. Additionally, there is representation for each of the 10 refugee nationalities found across Uganda.

In support of the REF’s continued growth, and in order to raise awareness outside of Uganda, U-Learn and the REF Taskforce carried out the REF Good Practice Study published in June 2021. The study delves into how this two-way feedback mechanism, which links top level refugee response decision-makers and refugee representatives, has re-defined AAP in Uganda. It documents the REF’s structure and functioning, while also identifying its strengths and key lessons for further improvement, as well as replication in other contexts.

How does the REF two-way feedback mechanism work?

The REF works together with pre-existing Refugee Welfare Committee members to collect concerns and ideas (predominantly through community consultations) which are channeled upwards for discussion at the REF meetings. Community consultations are adapted to maximise inclusion of girls and women, boys and men, as well as that of marginalised groups such as older persons or persons with disabilities,

Two peer-elected REF representatives present the group’s top priorities to the high-level CRRF Steering Group meetings for discussion and inclusion in decision-making. In this way, REF members are able to directly advocate on behalf of their communities at this critical forum of key refugee response decision-makers.

Finally, the two REF representatives share the outcomes of the Steering Group meetings with the rest of the REF, who in turn pass on the outcomes with their communities – completing the feedback loop.

The REF as good practice

“Overtime, […] the most significant change [has been] the shift from just soliciting for our opinions as leaders to empowering us to reach out to [our] community and collect their views for consideration up to national platforms, [including] the support we receive to relay this feedback to the wider refugee community,” highlights Mohammed Mukhtar, a 64-year-old refugee from Somalia who has seen the impact of the REF grow first-hand as a member since its inception in 2018.

“Refugee voices and opinions from across 13 settlements were part of the final [CRRF National Plan of Action 2021-2022.] […] We documented and shared findings with the [REF] taskforce and CRRF [SG] and these were reflected in the NPA.”

*We are sad to announce that since the interview with Mohammed was conducted, he has passed away. He will be fondly remembered for his significant contributions to the REF since its inception. Our thoughts are with his family and friends at this time*.

U-Learn conducted the REF Good Practice Study in collaboration with the REF Task Force, co-chaired by Uganda’s Office of the Prime Minister (OPM) and the UN Refugee Agency (UNHCR). This study was conducted from December 2020 to March 2021 and funded by UKaid.

For any questions, please get in touch with U-Learn: Ann Mbeiza ann@ulearn-uganda.org

All U-Learn resources, included the REF Good Practice report, can be downloaded from this page: U-Learn Resource Centre.